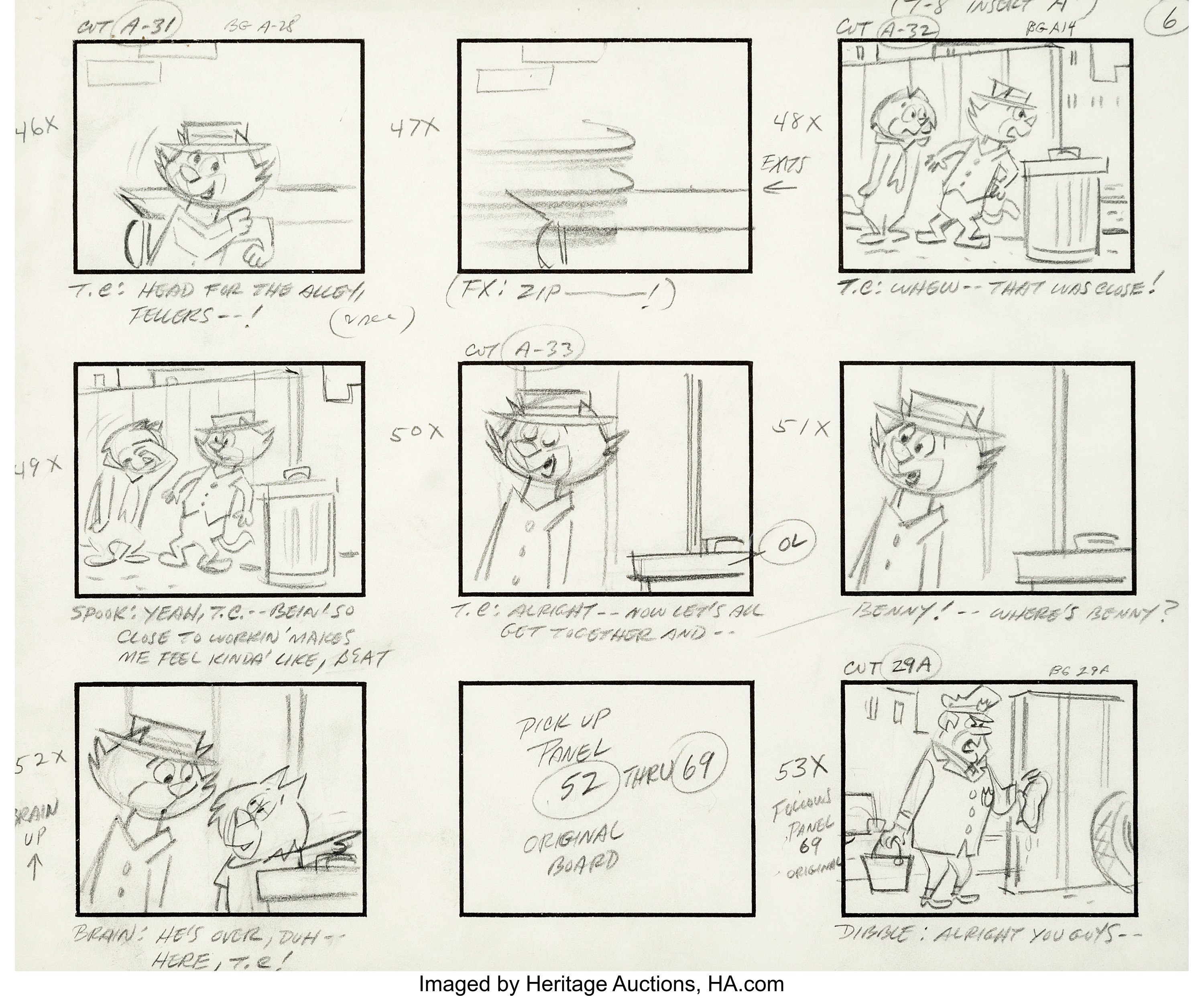 Top Cat Original Storyboard Artwork with Bill Hanna Signature (Hanna-Barbera, 1961). This is an original hand-drawn storyboard from the very first season of Top Cat. Not only is Top Cat featured, but also two of his pals Spook and Brain and they’re all hiding in the alley away from Officer Charlie Dibble. There are nine panels in all, rendered in graphite, and the mat is signed by Bill Hanna.