This is a pair of incredibles original model sheets drawing featuring of The Ruff and Reddy Show (1957-1960)  from the magic hands of the legendary Dick Bickenbach.

The Ruff and Reddy Show is the first American animated television series made by Hanna-Barbera studio for NBC. The series follows the adventures of Ruff, a smart cat, and Reddy a good-natured and brave dog. The series also was presented by Screen Gems, the television arm of Columbia Pictures (now Sony Pictures Television). Ruff and Reddy premiered in December 1957 and ran for fifty episodes until April 1960, comprising three seasons. 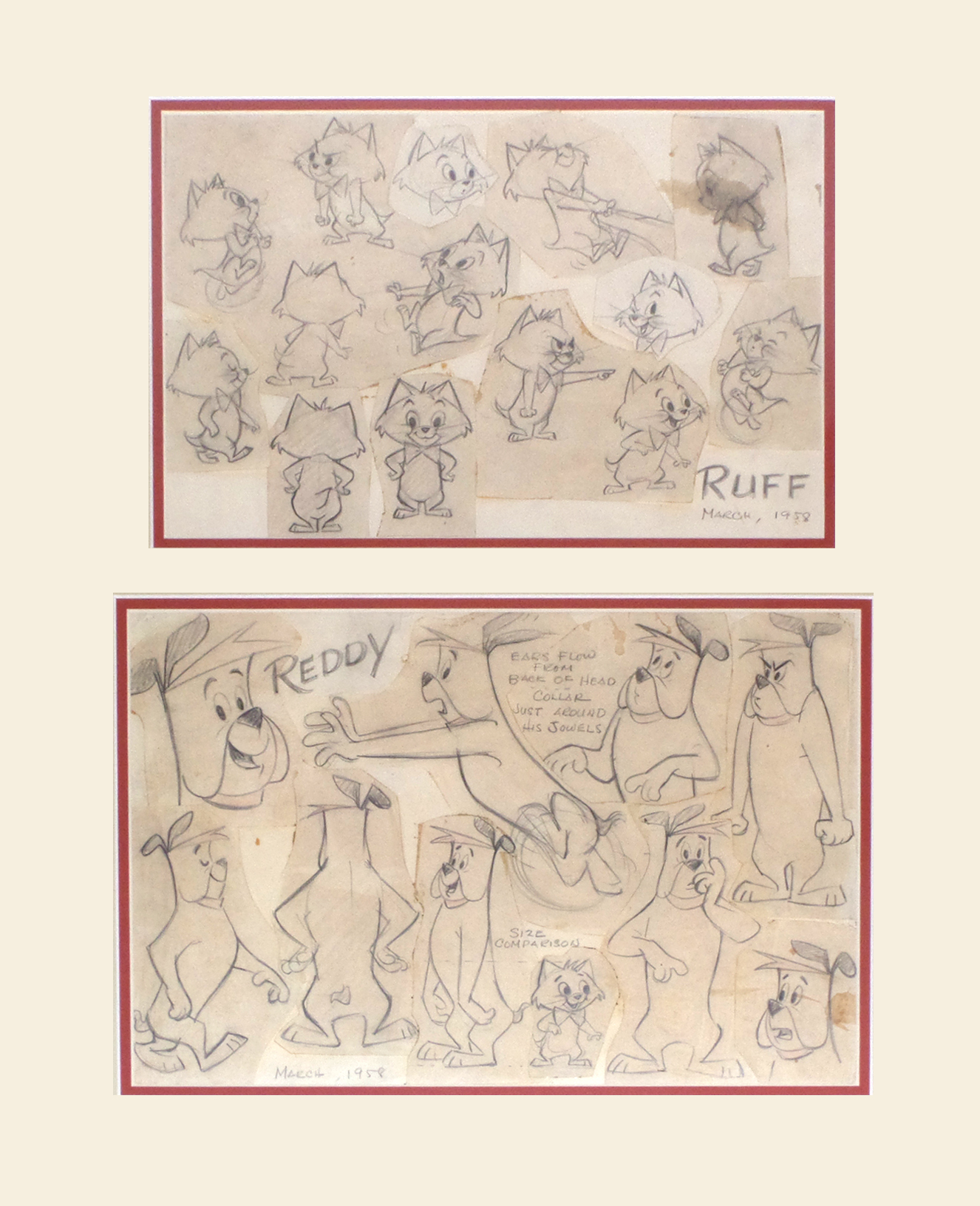 From Hanna and Barbera The “buddy” theme had previously been explored in their Tom and Jerry shorts, but unlike Tom and Jerry, Ruff and Reddy are not adversaries, but housemates and best friends.
The series is very important in the animation History, because as one of the earliest original animated television programs, with a  pioneering use of limited animation techniques. 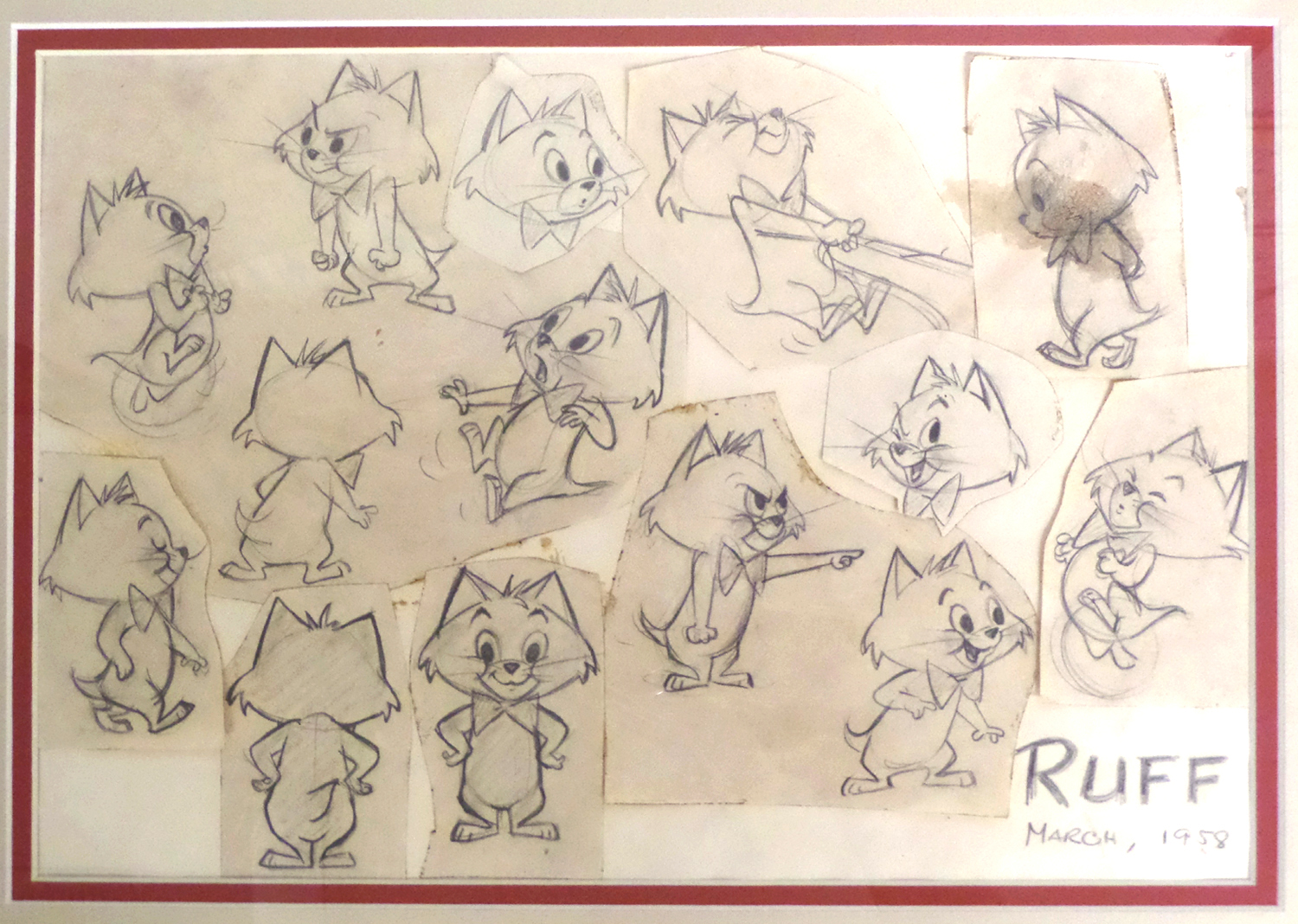 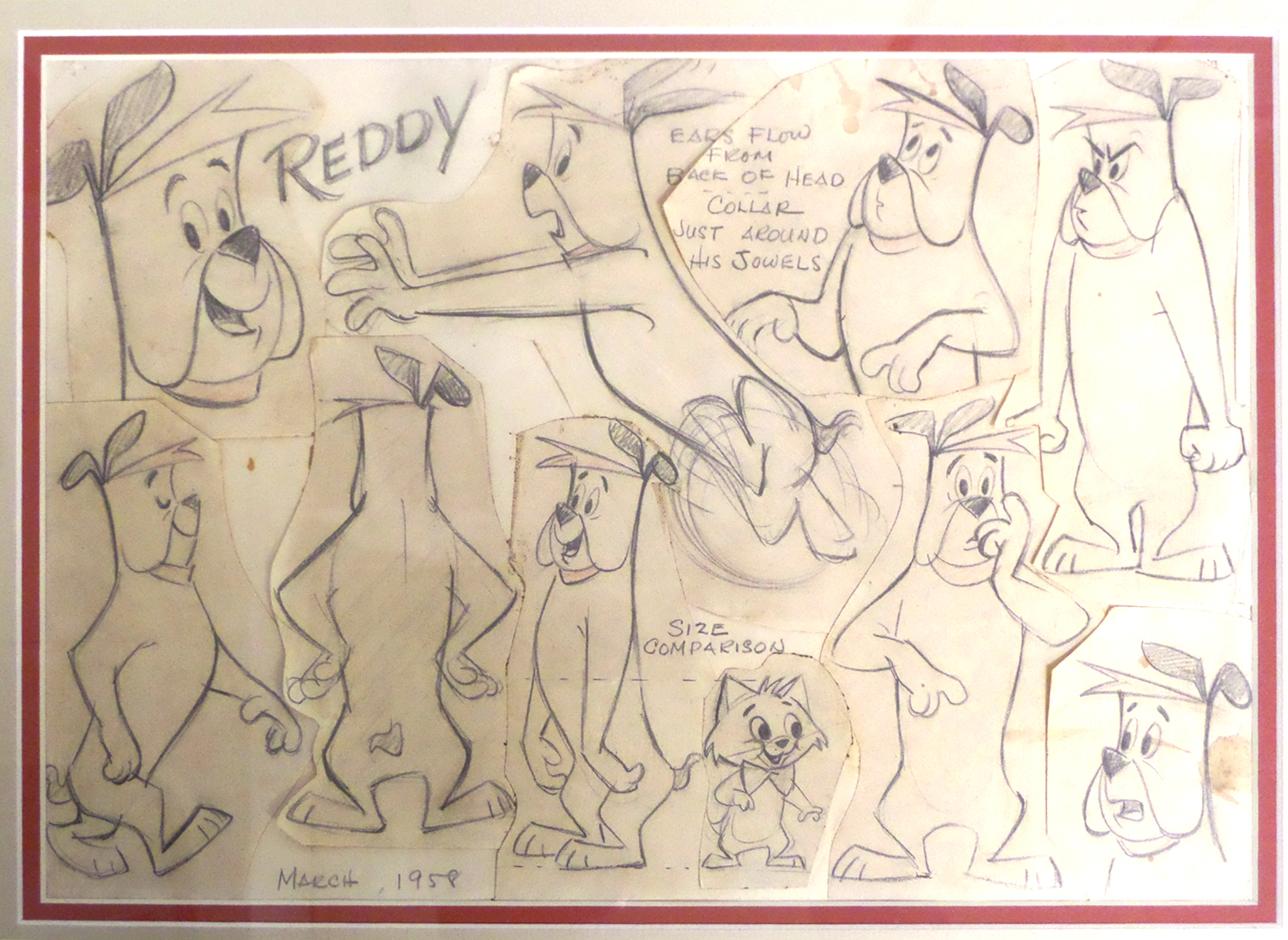