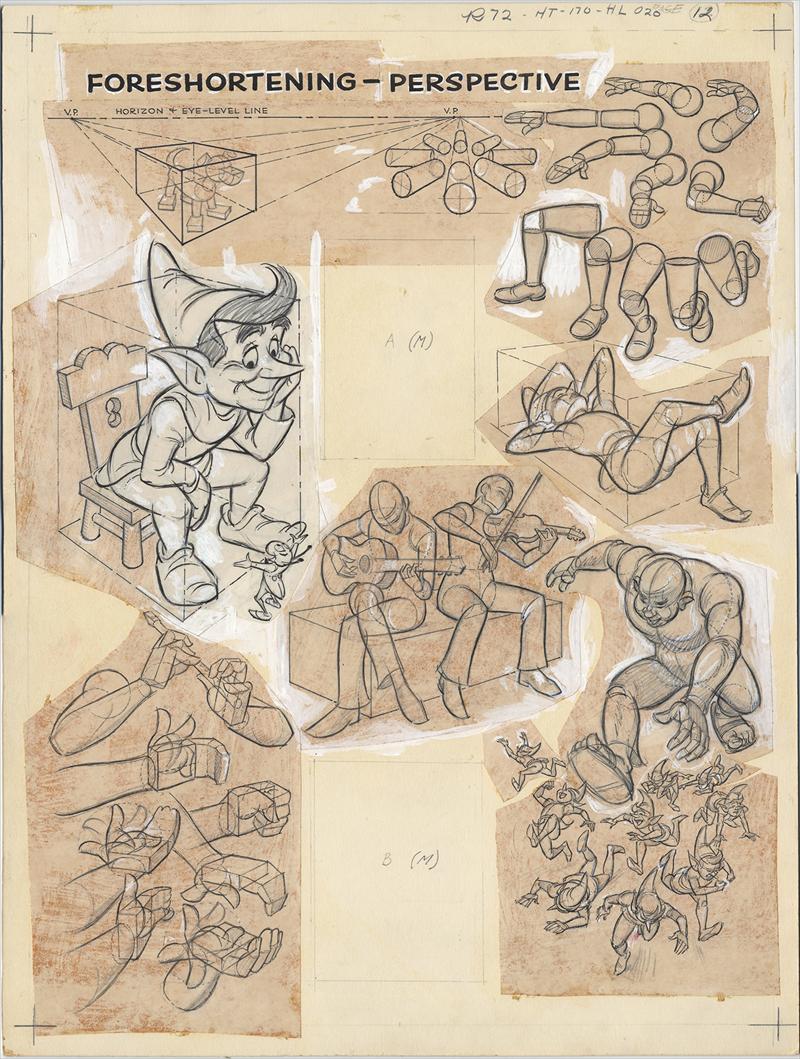 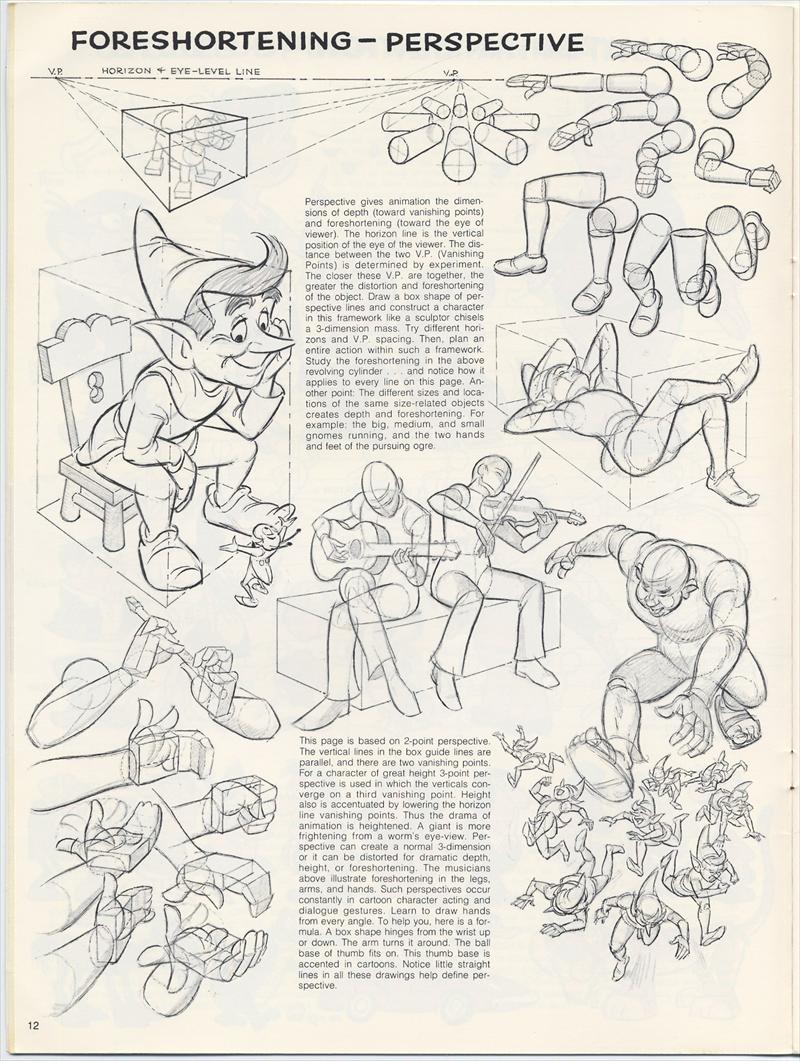 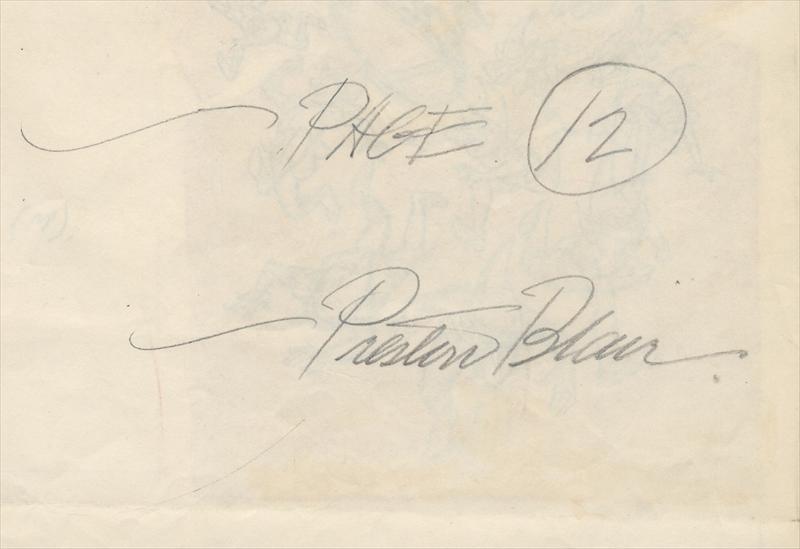 This is the original final art created by famed animator-author Preston Blair and published on page 12 of the 1980 edition of his animation instruction book How to Animate Film Cartoons published by Walter T. Foster. The drawings demonstrate “Foreshortening” and “Perspective.” The text explaining these techniques appeared in two sections in the middle of the page. Mr. Blair created the drawings and title on eleven (11) sheets that he mounted in position for publication. Publisher’s handwritten notes in the top margin include: “R72 – HT – 170 – HL 020 Page 12.” Preston Blair signed his name and wrote “Page 12″ on the paper overlay sheet that accompanies the art board.

Preston Blair began his career in animation with Walter Lantz and Charles Mintz in the 1930s before joining the Walt Disney Studio later in that decade. He animated characters for Fantasia (notably Mickey Mouse and Hyacinth Hippo) and also worked on Pinocchio(1940) and Bambi (1942). He left Disney after the 1941 strike for Metro-Goldwyn-Mayer. There he joined Fred “Tex” Avery’s unit, and he is famed for his animation of the sexy nightclub star Red in six M-G-M cartoons featuring Droopy, Red and/or the Wolf. In the 1960s he animated at Hanna-Barbera on The Flintstones and in subsequent years was involved in the development and production of animated films and commercials.

Mr. Blair authored a number of art and animation instruction books published by Walter T. Foster. The first, Advanced Animation, was published in 1947 and revised several times into the 1990s. The 1980 edition was expanded to 40 pages to include new illustrations, text, and color pages. His books Cartoon Animation and Animation 1 remain in print today. Walter T. Foster—a well-known artist and teacher—began publishing art instruction books from his home in Laguna Beach, California, in the 1930s.

This original is from the estate of Preston Blair. A picture of the printed page is shown for reference