Spike and Tyke Art (MGM, c. 1940s-50s)
Two lovable longtime secondary characters for the Tom and Jerry cartoons are Big Spike and Little Tyke. Spike debuted in 1942 in Dog Trouble and went on to be in many shorts under other names such as Butch, Killer, and Bulldog. Spike’s playful son Tyke made his debut in Love That Pup in 1949 and was also featured in many shorts; they even had a series of Dell comic books in the ’50s. This is a pair of original animator practice model sheets of these two characters. Detailed graphite on 12 field 3-peghole animation paper. Spike is seen in three drawings, plus a partial head shot showcasing his smile; images range from 3″ – 6″. 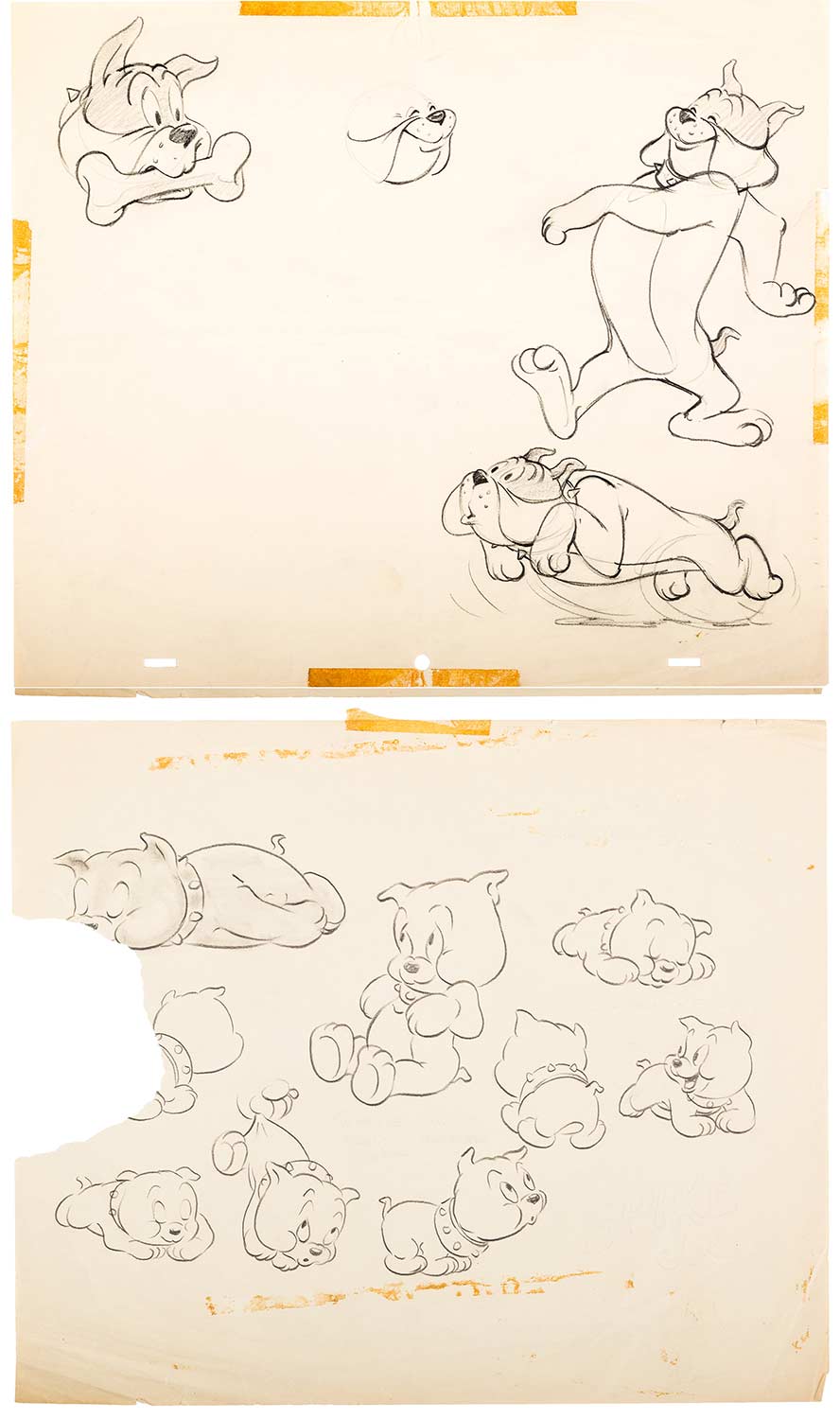