Animation by Preston Blair Illustration (MGM/Warren Foster, 1949).
Preston Blair was an animator for Walt Disney Studios, MGM, and Hanna-Barbera. He also did numerous top-selling instructional books on art and animation for Walter T. Foster Publishing. His first book, titled Animation, featured his character illustrations from several studios on the cover. 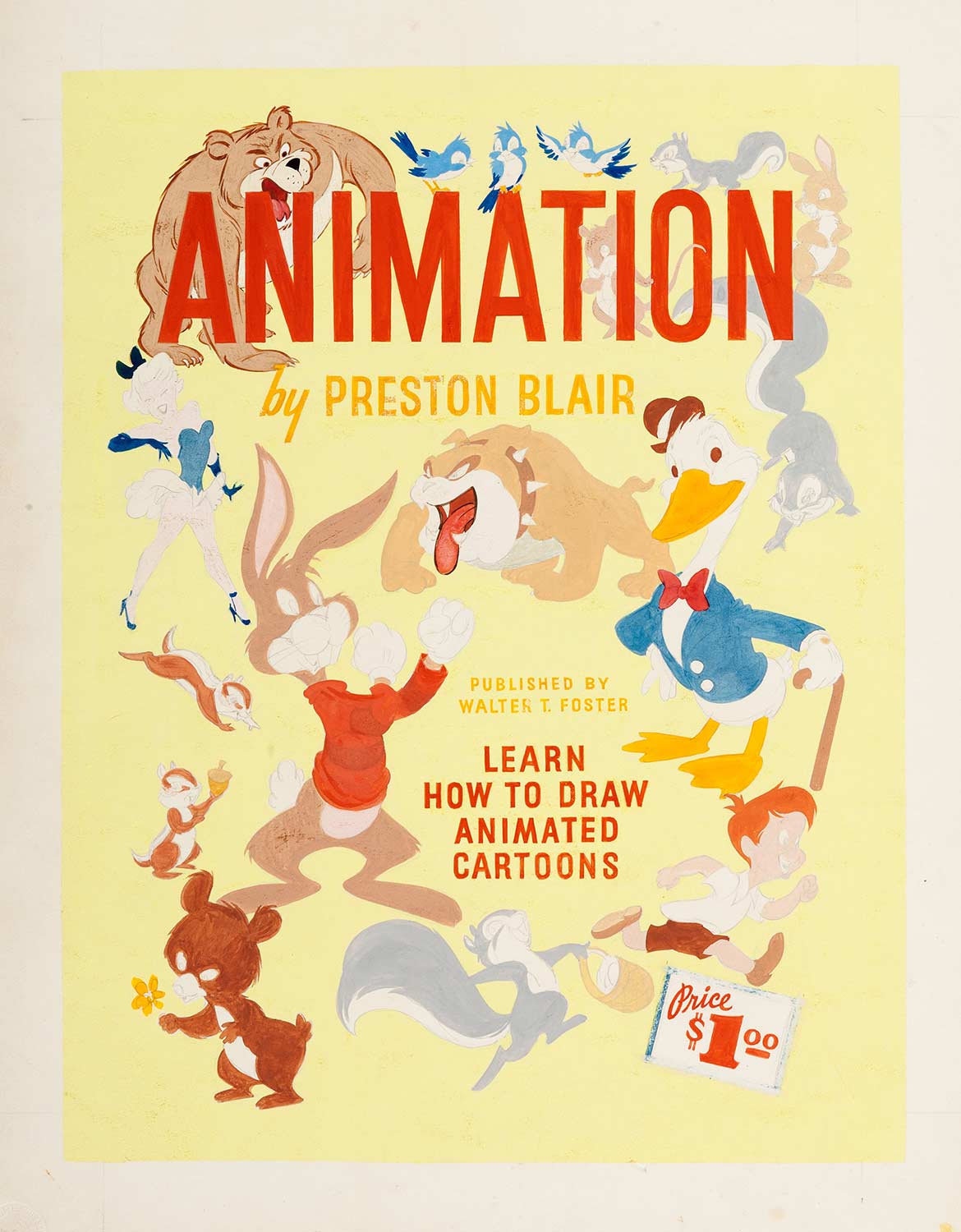 He later revised the cover art with non-studio character for the second edition, presumably for legal reasons. This is a Preston Blair (1908 – 1995) graphite and gouache illustration that measures 11.5″ x 15″ on 14.5″ x 19″ Strathmore paper. This artwork is very close in appearance to the finished published art. Originally from the Estate of Preston Blair. 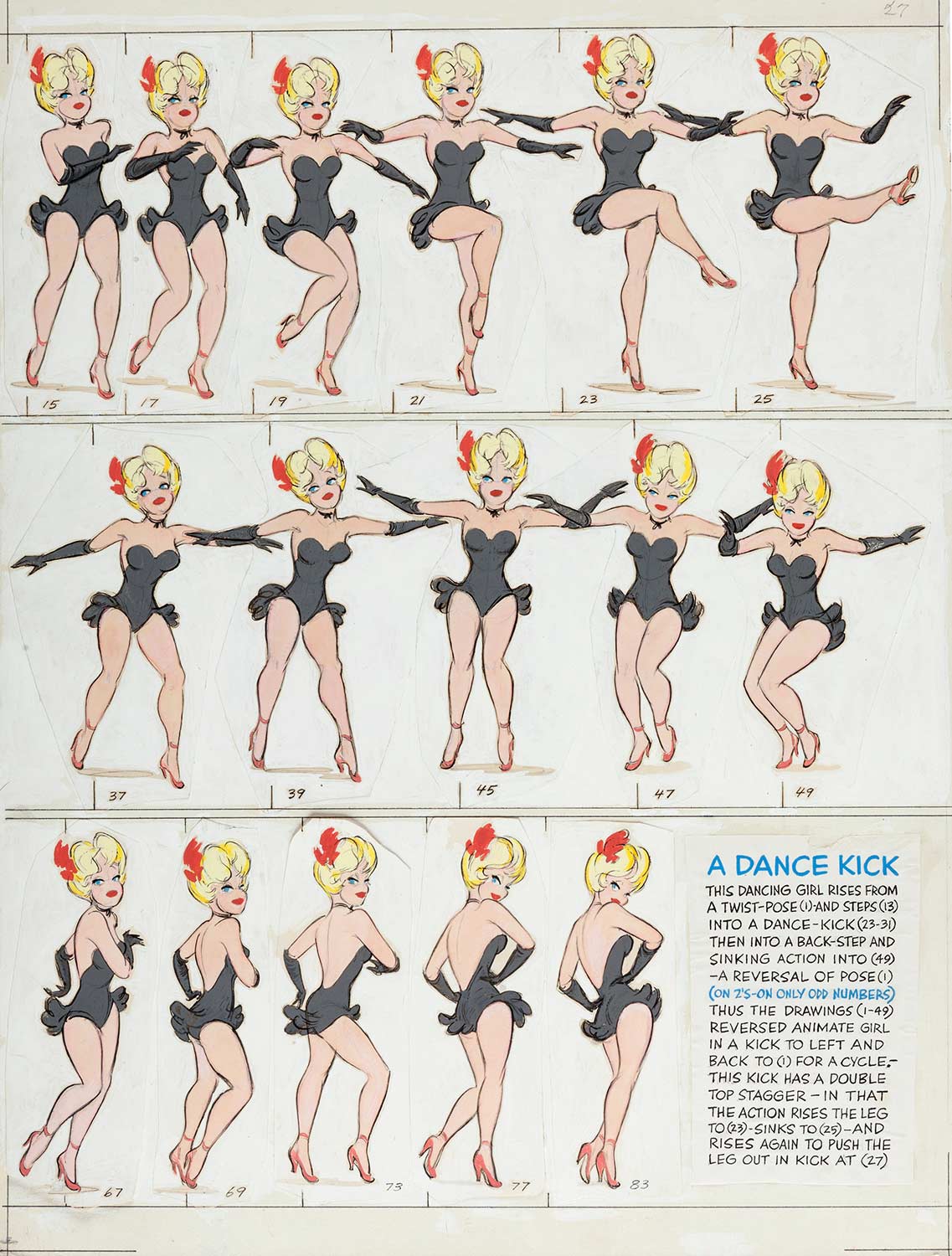 Preston Blair How to Animate in Film Cartoons “Red Hot – Dance Kick” Book Illustration (MGM/Walter Foster, 1980). This is the final art created by Preston Blair (1908 – 1995) for his 1980 instructional book on animation published by Walter T. Foster. It is titled “A Dance Kick” and is the right half of a two-page spread based on Mr. Blair’s animation of Red Hot, the sexy nightclub singer and dancer in the Tex Avery-directed cartoons from the 1940s. Mr. Blair was the animator behind almost all of Red Hot’s dance numbers. This is an ink and gouache rendering on trimmed paper, mounted to 16″ x 20″ board. To create it, Mr. Blair took 16 photo copies of his original drawings and inked and painted over them. He then trimmed, numbered, and mounted them in sequence on board. He also hand-lettered “Dance Kick” in the lower right.