Burt Gillett directed this groundbreaking Silly Symphony short. It was released on 9/30/32 and was the very first commercially released film to be produced in 3-strip Technicolor. It won the Academy Award in the first year this award was given out for Short Subjects — Cartoons. Animation on this landmark short was done in part by David Hand and Les Clark. This is a pair of extremely rare 12 field 2-peghole animation drawings. One is of the Lady Tree, who has just had a flower bouquet placed in her hair by her Boy Tree admirer. She is walking and this can be seen around the 3:19 mark. The second drawing is the old man villain Hollow Tree. He approaches the Lady Tree around the 3:26 mark. Any and all artwork from this short is considered important and extremely rare. 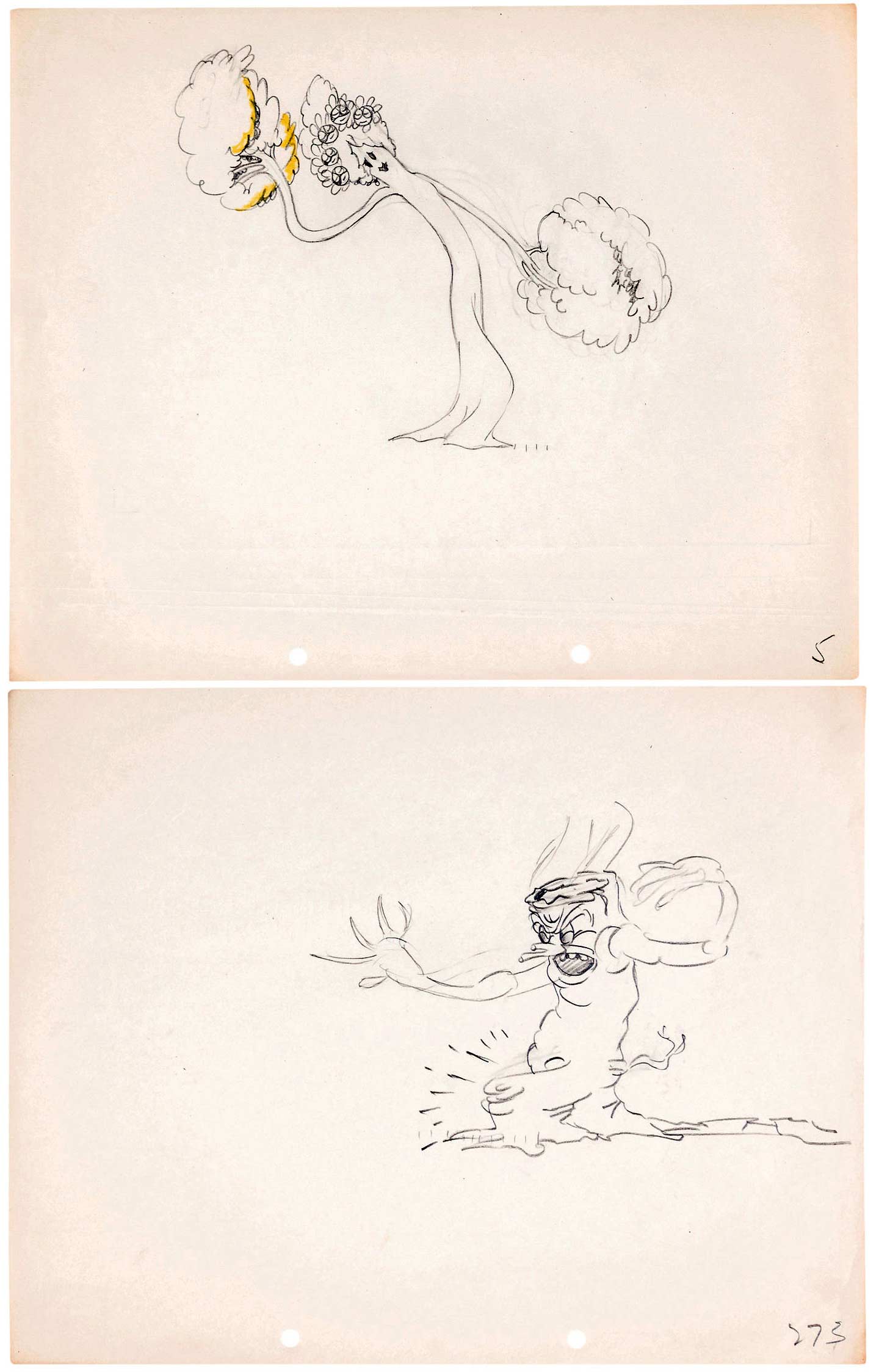